Couples: Beware of making a Big Mistake in your Relationship!

Couples: Can your relationship survive a major breach of trust?

In my cinical psychology and mediation practice I see many couples who present for counselling because  their relationship is reeling under the impact of a perceived betrayal, such as infidelity or a failure on the part of one of the partners to ‘be there’ for their spouse when they have been going through some major (often traumatic) life event, such as a death of a family member or other significant loss, such as their health or their job.

The event or situation in question may not be perceived by the other person as  ‘a big deal’  for a number of reasons, such as a lack of empathy,( which is often due to the couple being ‘out of step’ with each other emotionally) and hence to poor and misleading communication patterns.

Strong relationships are built on a foundation of trust and the knowledge that one’s spouse will always have your back, no matter what happens. Dr Sue Johnson,  the founder of Emotion-focused Therapy (EFT) for couples states that this is a fundamental need that individuals have when they are involved in a committed relationship). So when a breach of trust occurs the relationship is seriously undermined.

Many couples make the mistake of pushing such events ‘under the carpet’ and endeavouring to move on with their lives without getting to grips with the issues involved, not realising that there is now a major ‘crack’ in the foundation of their relationship, which is unlikely to heal with time. (In fact, in many cases, couples will come in to see me years after the breach occurred, when some other issue serves to uncover the original ‘breach’, which is as emotionally devastating as it ever was (sometimes even more so because it has caused more damage over time because the failure to address it has been perceived as a secondary breach of trust).

The fundamental question is:

Can a relationship recover from such serious breaches of trust? And if so, how can this be achieved?

I will discuss some possible answers to these questions in my next post.

Trackback from your site. 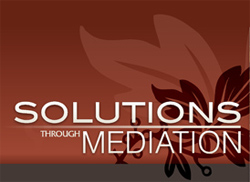